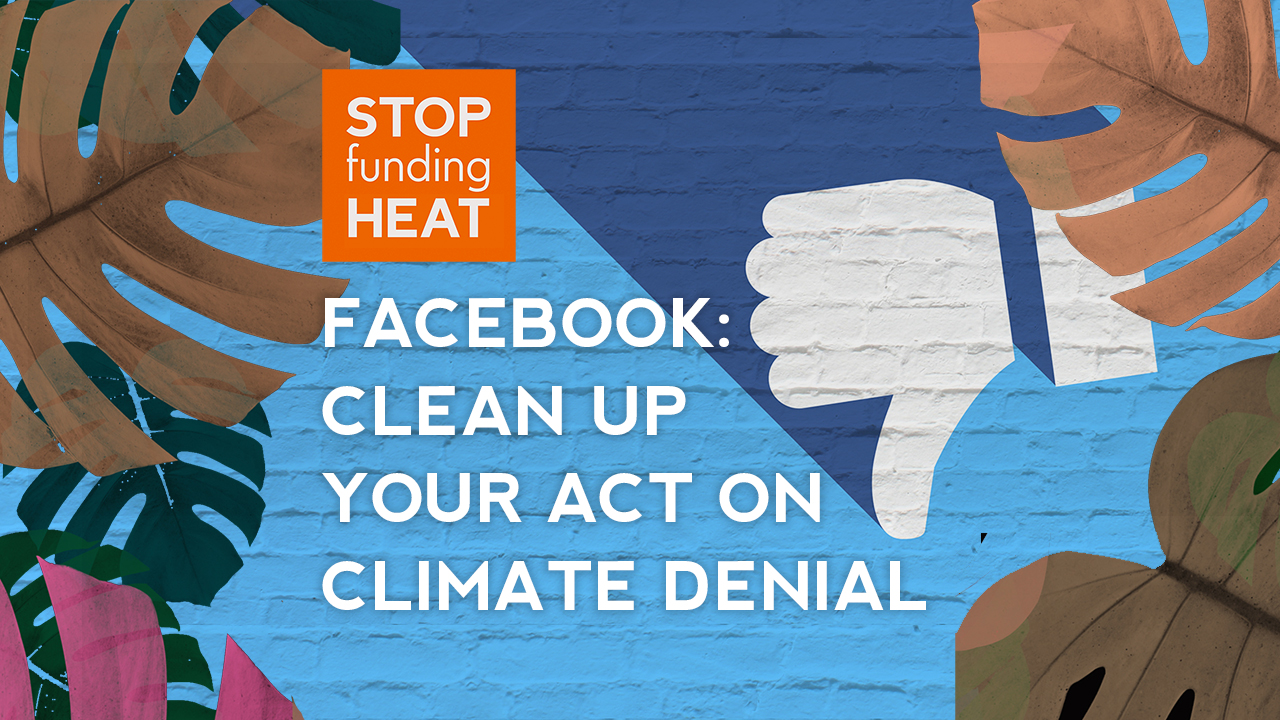 With COP26 in Glasgow later this year, and adverse weather events more and more common, climate misinformation is set to rise in 2021. Facebook is not prepared.

We have today launched a petition so everyone has an opportunity to tell Facebook what they think about their performance on climate misinformation.